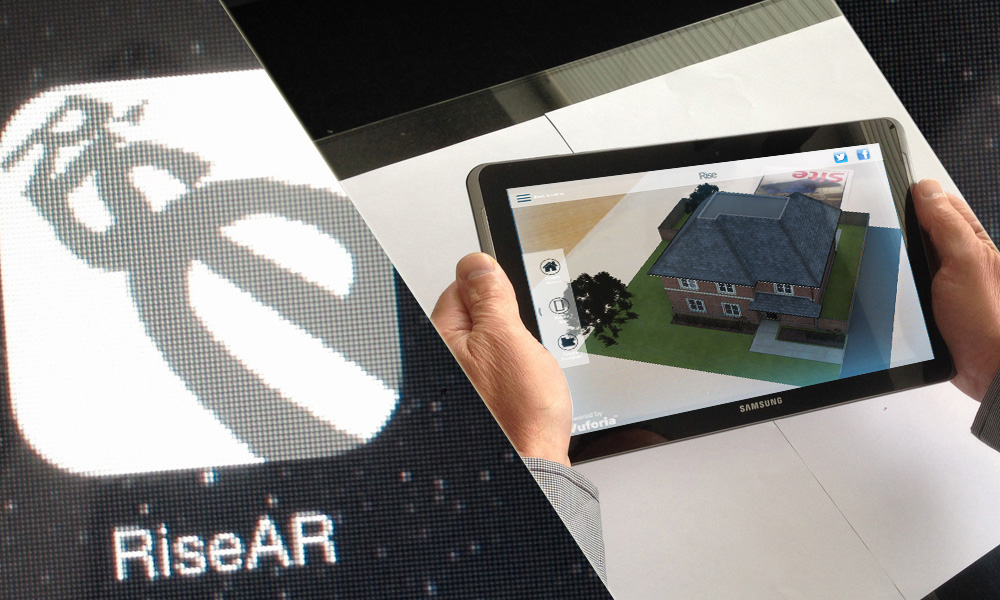 Want to join a revolution? Those with a keen interest in digital technology will undoubtedly be aware of Augmented Reality and it’s rise into the public domain over the last few years. Many will already be aware of it’s potential, and some will have identified a clear niche for it as a tool for marketing, education, leisure and beyond.

What is not so clear though is how AR will fit into our lives as seamlessly as the smartphone, tablet, PC or Mac, and this is something of a surprise since the possibilites offered by AR are almost limitless, restricted only by the bounds of the imagination.

A revolution it may be, but AR is still struggling to emerge in the main stream. Our view is that AR technology is ready to be exploited by the mass market. It’s our perception of the technology that’s in need of some improvement. So what needs to happen to make Augmented Reality an everyday part of our lives, and how long will it take?

To answer that, let’s look at AR in it’s most basic context. What does it do? Well, AR is the (rather clumsy) term for overlaying digital content onto a live camera stream, so we’re ‘augmenting’ the real world with other stuff. To make this worthwhile it has to be content that would otherwise be impractical or impossible to view with the naked eye in such an engaging way, for obvious reasons. It also has to be delivered in a way that doesn’t inconvenience the user, so the obvious platform is the mobile device. This has the means to display a live scene through it’s camera, and it happens to be in the pocket, handbag or rucksack of virtually every living being over the age of five. Google recently ‘suspended’ their smart-glasses programme, which to me comes as no surprise. Are people ready to wear such an intrusive device on their trip to the shops or on a night out? I doubt it, yet nobody’s going to think you’re an idiot for pulling your phone out of your pocket.

Assuming that as given, how can we make sure the user experience for AR is genuinely enjoyable, or solves a genuine problem, or speeds up the buying/selling process? The debate over this has been the subject of much conjecture recently within the industry, and no doubt the discussion will continue for a long while. So let’s look at the key areas where AR is making an impact, and let’s start to put some perspective on it.

In our view, there are four clear areas where AR can make a positive contribution to the world: education, training, marketing and retail. Of course these can be split into numerous sub-categories, but let’s stick to the main topics and expand a little further.

I’ve put education first on this list because in our view this is the most potent candidate for AR. With AR we can expand the minds of youngsters in the classroom and explain things in minutes that might otherwise take days. It’s not hard to imagine the possibilities of AR-triggered posters around the walls of classrooms across the world, or interactive pages in books.

Training can benefit in a similar way. Many companies rely on tedious printed manuals to guide their maintenance staff on certain procedures. AR can offer a whole new solution in a far more intuitive way. Even something as unspectacular as flat-packed furniture might benefit from an AR-guided assembly sequence, triggered by a label on the packaging perhaps.

The possibilities for marketing and retail are endless, and these are the areas where AR has so far made the biggest inroads. Many well-known brands have already used AR campaigns – Ikea, Bandaii and Audi amongst them. Yet curiously there is still a perceived ‘novelty’ value around AR, and it takes us back to my point about perceptions having to change. Like most things in life, and technology in particular, we need the trailblazers to set the standard. Once AR is established as the norm for the influential few, the rest will follow. With their recent acquisition of the Metaio AR company, Apple clearly have plans for AR in coming releases of iOS for their phones and tablets, so this could be the catalyst for the AR revolution. It’s worth reiterating at this point that AR is not new. It’s just fragmented.

The challenge for AR developers and marketers is clear. The technology is here and ready. The wider public just needs to be convinced it has real value. That’s easier said than done of course, but quite achievable. It must be done to ensure AR does not pass into history as the great missed opportunity.