Virtual Reality is taking a hold, there’s no doubt about that. With YouTube’s recent support for 360º videos, we can now experience to some degree what it’s like to jump from an aircraft, surf the waves or take on the rocky terrain of a mountain bike course. As a result, a growing army of curious VR enthusiasts are playing these videos through widely-available head-mounted viewers such as Google Cardboard . Add to this the countless VR games and other programmes that are now available and we have a mind-boggling array of possibilities.

On one hand this is exciting. VR opens up a whole new world of opportunity for retailers, the tourism industry, property developers and more. But there is still an underlying problem that won’t go away it seems, and it’s the single biggest threat to the growth and success of this technology: VR nausea. 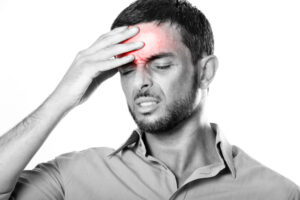 Call it whatever you like, Motion sickness, nausea or VR Vomit, the problem is that when the human eye sees something at odds with what the inner ear is sensing, some of us get an overwhelming urge to throw up. Understandably, this is causing swathes of people to keep VR at arms length.

My worry is that this issue is being overlooked in the quest to find new and exciting ways to thrill us. There are countless VR apps offering fast-paced action from the comfort of our home, but this is exactly the problem. If you’re rushing along a rollercoaster in a virtual world but you’re rooted to your armchair, there is a conflict of senses that can only lead to disaster, and I’ve seen this happen more times than I care to remember.

So how can we deal with VR nausea? Google offer advice on their developer site for creating apps that are less likely to induce nausea. The clever people of Oculus are looking at improved sensors to reduce sickness. But surely there is a simple formula developers and content creators can use, at least in the short term, to stop VR nausea?

I’m calling it ‘VR Sensory Alignment’, and if it’s a phrase that’s been coined before, then I support it wholeheartedly. It’s really not a difficult concept. If you want people to enjoy VR whilst sitting at home, then restrict  the VR experience to something that can be done whilst sitting down in the real world. That way only the movement of your head will enable you to look around the virtual world, but you’d do that in real-life anyway, so we’re not causing sensory conflict. We’re ‘aligning’ our senses so each does what the other expects.

The future – will VR nausea persist?

You may ask if this theory makes all speed/motion-based VR experiences a non-starter, and in the short term I would say it remains a serious issue. However we are seeing some promising breakthroughs in enabling real movement that compliments the VR experience, but of course this restricts the casual home VR user to the more sedate experiences. This is not necessarily a bad thing in my view. We want/need the wider population to embrace VR if it’s to become a success, and there are plenty of ways in which VR developers can engage with them – virtual tourism is probably the most high-profile at present, where users can stand in an exotic location and look around their world at will, but all it needs is a bit of imagination and planning.

VR is on the cusp of greatness, but we must ensure it can be enjoyed without paying the uncomfortable penalty of sickness.