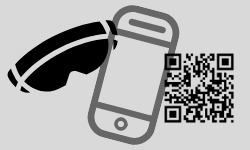 I love Augmented Reality. I’ve been an advocate of this technology for several years now and I want to see it break through into the mainstream as much as anybody. I suppose that’s why I’m growing more frustrated by lack of progress made by the people charged with the responsibility of bringing it to the masses – the developers, content creators and marketeers.

The Augmented Reality industry is currently suffering from a potentially fatal lack of imagination and planning. There needs to be a much more considered thought process when it comes to delivering AR, and it starts with a basic understanding of what Augmented Reality is and where it’s strengths lie.

We all know now that AR is the term used to describe the overlaying of digital content onto a live video stream. But so what? How does that make it useful? For a few years now I’ve seen hundreds of YouTube demos, blogs, articles and websites showing a product sitting on the pages of a magazine, or changing colour at the touch of a button. As cool and impressive as this is, it often has no real commercial value other than being little more than a gimmick, and that in itself is not enough to sustain the AR industry.

Here’s the crunch. Augmented Reality can only really work when it shows something that cannot be shown by any other means. Simple. I saw the other day a very cleverly executed AR demo of a motorcycle on a dealer magazine page. You could look around the bike, sure, and even cycle through colour options, but I’ve seen this done a thousand times before on a manufacturer website. Moreover, it’s actually easier to visit a website for this experience than it is to find and download an app, open it up, hold your device over the target and operate the controls. I’m not suggesting that all AR concepts so far have been pointless. Actually I’ve seen some very good, commercially viable uses of AR, particularly in the leisure industry, but my point is that there isn’t enough of it as far as I can see, and this could be damaging for the industry.

Our product demonstrator for CBS is a great success for this reason. It has genuine commercial benefits and the way it showcases their products can only be achieved through AR. This was no accident. You’ll be surprised at how much easier it is to sell the concept when you’ve got these boxes ticked.

The good news is that the solution is relatively simple. Just think more about the idea. Can this be done in any other way than with AR? If so, think again. If not, you could be on to a winner.

Developers and marketers out there. AR in itself is not the future, you are! Good luck!