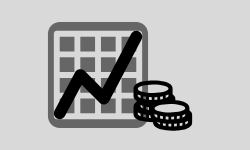 If you’re working within the immersive technology industry, it won’t come as a shock to hear that over the next 4-5 years augmented reality uptake is predicted to rocket. According to Statista, AR market figures are expected to reach $61.39 billion (USD) by 2023 and revenue from AR is projected to be 4x higher than VR by 2020. It all looks very promising, but what does this mean for those looking to make a living from augmented reality? What needs to happen for developers like you, who work in the industry, to really leave a footprint in the AR ecosystem? This is what this blog post hopes to bring to light.

Our observation is that the industry appears to be flooded with ‘hobbyists’. Hobbyists experiment with AR on the back of other work rather than solely making a living from it. This is, of course, only an observation and it is not to say that people aren’t out there making ground-breaking AR experiences and benefiting financially . There have been some great successes, but they seem to be few and far between.

More from Rise AR: ‘Two augmented reality trends you need to know about in 2018′

How to make a living from augmented reality:

So what needs to happen for people to actually commit to augmented reality fully? Mass adoption of AR will be a huge driver in the growth of the technology; it will create a more stable working environment  for AR developers in terms of earning potential. However,  one of the main issues, it seems, is that there is just not a big enough demand for the technology yet. Augmented reality, along with its benefits within enterprise, are still widely unknown; until more businesses are aware of its huge potential across a range of industries, they will remain reluctant to introduce it onto their businesses. So, increased awareness = mass production. But what else can be done?

It could be argued that AR technology is also stuck within something of a vicious cycle. As mentioned previously, the industry appears to be clogged by experimentalists. Of course this stage of the cycle is crucial to allow AR to mature further and it does spread awareness. But, it almost gives the impression that augmented reality is still very much in a development stage; a technology being used for the sake of it. Again, this could potentially be another reason for the lack of adoption.

Ready to make a living from augmented reality?

Many AR/VR start-ups are getting seed funding to help their companies grow, which is great news not only for the founders, but also for the independent talent looking for a career outlet. The Venture Reality Fund is investing in early-stage AR/VR/MR start-ups.  Organisations such as UNICEF are also investing in start-ups who are developing XR solutions ‘that have the potential to enhance the organisations ability to reach and assist children in its programme’. Hopefully investment directed at making a real difference will aid AR out of this experimental stage and really push it into becoming a beneficial technology. More importantly, by building a sustainable business and driving the technology forward into the key markets, the AR career path will be a genuine option.

Want to get involved with augmented reality? CONTACT US