The former St John’s Hospital is close to the hearts of many in Chelmsford. Not being a genuine Essex boy myself, I don’t quite have the same sentimental link. But living near by when it closed it’s doors in 2010 I was interested to hear what would become of those amazing looking old brick buildings.

So when we were commissioned to produce the CGIs for a new project called St John’s Chelmsford, I was quite intrigued. The site is relatively large. For the first phase, we were asked to produce fourteen separate computer generated images. The site contains a nice mixture of new build houses and conversions of some of the old hospital buildings into apartments. Which happily means many of the original features and character of the site are retained.

Under some circumstances a refurbishment would mean that a Photomontage would be the best type of CGI to go for. But on this particular project the amount of work being done on site, combined with the required improvements to the buildings meant that a fully CG (computer generated) approach was best.

The hoardings and sales suite are now up and running on site. It’s always very satisfying to see our work being utilised so well. If you do live locally and you’d like to see how our CGIs can help to market properties before they’re are completed, then it’s really worth stopping by to take a look.

Talking of the sales suite… here it is below, followed by our CGI of the same building, which we created before work had been completed on the real thing. 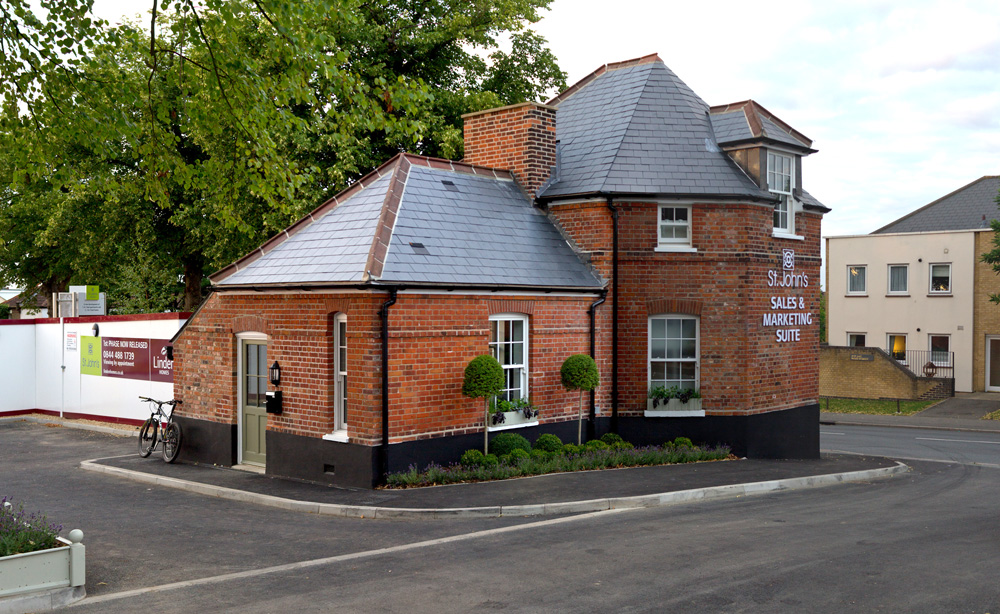