We were approached to create concept visuals for the proposed redevelopment of the famous Boleyn Ground, home to West Ham United, following the club’s move to the London Stadium. Our brief was to demonstrate how built form would be accommodated within the site boundary, and from this early concept the current designs were completed and construction started. Because no specific design had been put forward we were given guidance on building height and style, and a few pointers from the architect. Some elements came from our own imagination. Recent construction photos show the similarities. 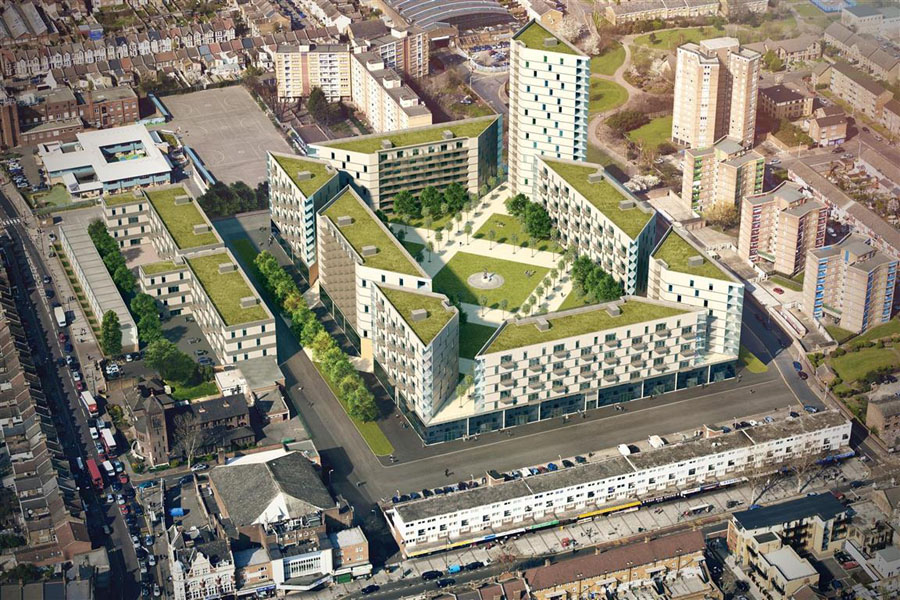 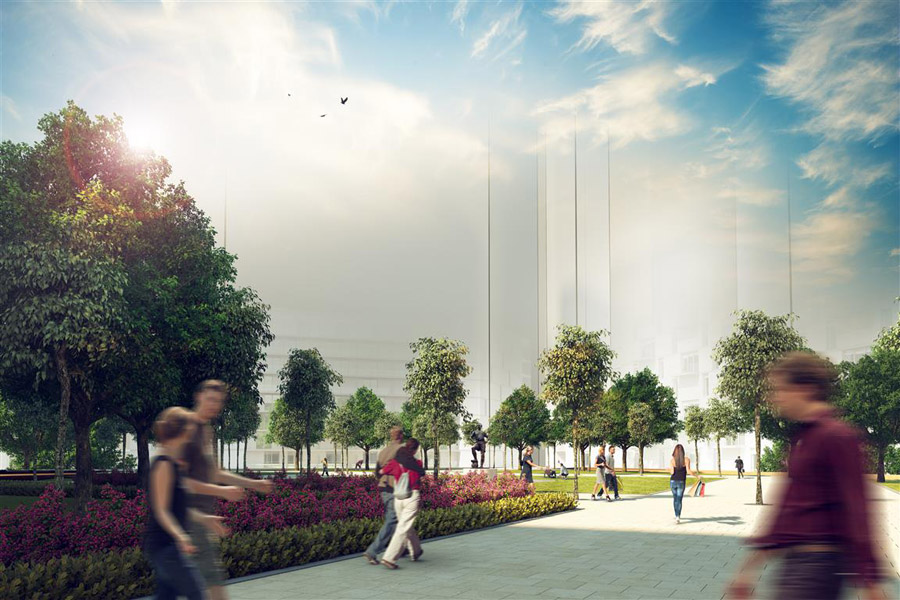